An image of a bright red substance floating on the surface of the ocean is the subject of one of the slides shown by Asha de Vos, Sri Lankan marine biologist, whale conservationist, educator and founder of Oceanswell, Sri Lanka’s first marine conservation research and education non-profit.

There are few murmurs in the audience, but that mysterious oceanic blob is something we would never have guessed-blue whale poop. And it isn’t any whale she’s talking about, but an “unorthodox” whale-the Northern Indian Ocean Blue Whale, a tiny pygmy sub-species of the blue whale. These fecal plumes bring nutrients to the surface, playing a crucial role in the health of the ocean. Asha and her organisation, Oceanswell are protecting these vulnerable sea mammals.

Asha, one of the lone female voices in the field in the sub-continent, was part of Marriott’s inaugural Asia TED salon in India, held at the technology hub of Bangalore at the Bengaluru Marriott Hotel Whitefield. For their first conference in India, Marriott chose the topic, Women in Innovation, a nod to the tech city as the country’s hub of innovation.

Asha studied at the University of St. Andrews, University of Oxford and the University of Western Australia, before she defied all odds to launch Oceanswell. She dived into ‘The Sri Lankan Blue Whale Project’ in 2008, Oceanswell’s flagship project, which is the first long-term study on blue whales in this region. In a conversation over a cup of tea, before the conference, she shared why these Lilliputian whales and how we can save our oceans. 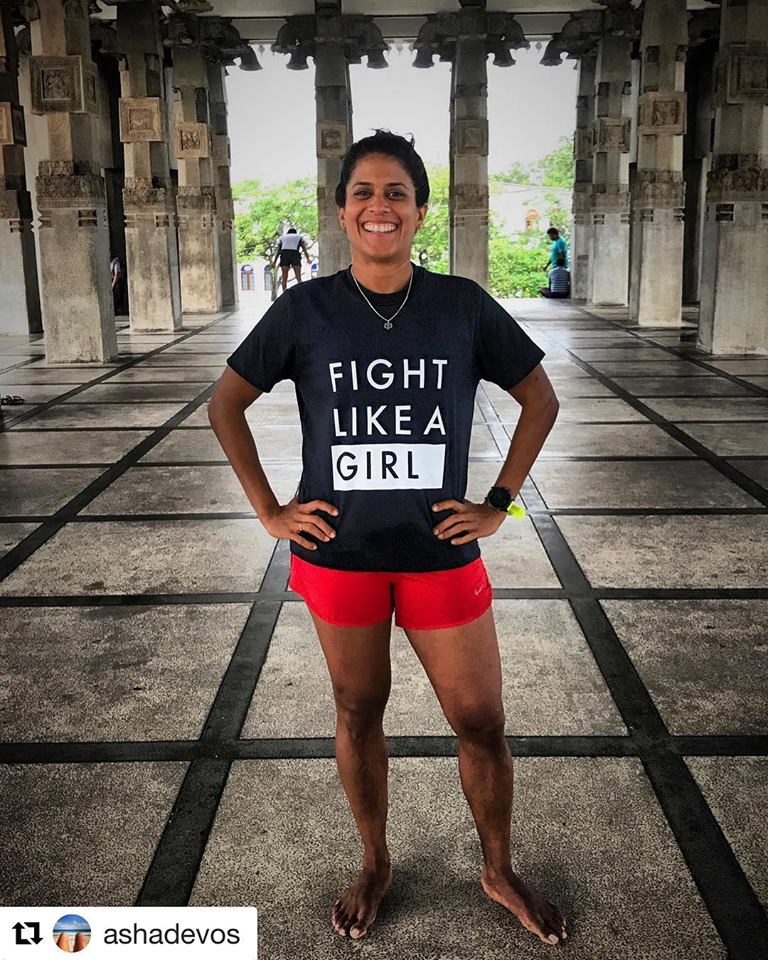 Tell us about what inspired you to become marine biologist and dive deep in.

Growing up, my parents always supported me. My father is an architect, he restores monuments. My mother by training is a nurse and a midwife, but now she helps my father and me in our work. She is truly the driving force behind us. As a child I was inspired by National Geographic and wanted to live a life of adventure as an explorer and scientist. I would dream of visiting offbeat places. I discovered a love for water and swimming, and by the time I was in university, I knew I wanted to become a marine biologist.

I was living in a tent in New Zealand, volunteering, when I heard a US research vessel was coming to Maldives and Sri Lanka. I pleaded with them for about three months to let me on board. Finally, they relented and I joined as a deckhand rather than a scientist. I cleaned toilets on board, but I knew I could prove my skills to them. This persistence has led me to where I am today. It has been a brilliant year where my work has been recognised and I have been rewarded. Some people think success happened overnight, but it is the culmination of decades of work and labour.

How did you discover these unusual pygmy whales?

I was working on a research vessel tracking sperm whales off the Sri Lankan coast when I came across a pile of bright red whale poop. Normally, people would be disgusted and turn away, but I was curious. Blue whales undertake some of the longest migrations of all mammals, from cold productive feeding areas to warm, less productive calving, or birthing, areas and back every year. This poop meant they were eating and calving in the same area.

This broke all stereotypes, and went against all what I had learnt. It was incredible! We discovered that they are a non-migratory population, perhaps they don’t go further than Oman or the Maldives, skirting the East coast of Sri Lanka, not leaving the warm waters. They’re quite unique. They have their own vocal communication technique and have adapted well to this part of the ocean. The amount of magic in the ocean is incredible! So, what projects are you working on currently?

My focus is to serve my country. One of the biggest problems is how to prevent whales from getting killed by ships. This not only requires education and outreach programs, but taking up the issue at a policy level.

At the end of the day, we need to understand that we can’t resolve a problem without taking everyone’s voice into consideration. We cannot point fingers and say shipping needs to stop, because that’s absurd. About 90 percent of the world’s good are shipped, even what I’m wearing just now. We are dependent on it, but the point is to have an attitude that we’re part of the solution and not part of the problem. We need to engage with the shipping industry and look for a holistic resolution.

We are trying to make the whale watching industry more sustainable it needs to be regulated better. We run trainings for students and navy personnel. It is important for us to create opportunities for students from under represented parts of the world, helping them engage with marine conservation, making the industry more inclusive by bring in diverse voices to the fray. We also work with the local community, training them to be whale watching operators. Has the Sri Lankan government been supportive of your endeavours?

I have been working on Sri Lankan marine conservation and because of the media spotlight on my work and the international support, the government was pushed to pay attention to what I was saying. It took 12 years for a minister to let me in his room, just to have a conversation. I have seen a change in attitude over the years, now they are open and reach out directly to me for my expertise to resolve problems.

Historically, I feel our connection with the ocean was non-existent, when we consider it from the point of view of protection. Today, there is a marine conservation movement and people are asking questions. They now realise that conservation it is a full-time job and you can inspire people to make a change. As we speak, we are facing one of the biggest manmade crisis in our oceans-plastic pollution.

A vast part of our oceans, at least 80 percent have plastic floating on it. But the major problem is microplastics and the tiny plastic fibers, which are causing the water to become dense with these minute particles. We are ingesting it in our food. In fact, a report found that a third of the fish sold in UK supermarkets and other regions contained microplastics in their stomachs.

Even if some people don’t care about the environment, they need to care about what is going in their bodies. The awareness of plastic pollution is increasing, thanks to social media channels such as YouTube and organisations such the National Geographic Society has raised the consciousness about this issue.

As a Sri Lankan woman in a male dominated field with more western voices, what challenges did you face?

There were plenty. People didn’t think I could do what I did. They underestimated my abilities. I was told that this was a man’s job. And my answer was, “No, the oceans need everyone!” It was very difficult to break into the international circuit, dominated by the Americans, British, Europeans and the Australians.

I’ve developed a thick skin now. At the end of the day I let me work speak for me. Now people don’t question my gender or ask where I come from because my work offers solutions to problems.

I am not special. I just had a dream. I worked hard and was persistent. And with the oceans I have found my light.

Images: The whale images are just representative images and are not of the pygmy blue whale 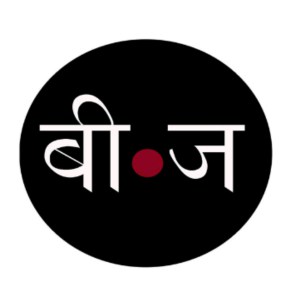 The Feminine Gaze
A Humane Intervention